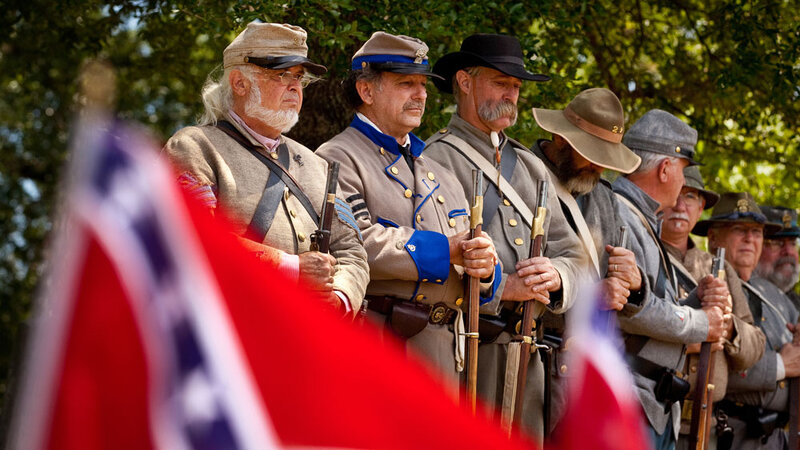 Highlights are below and complete information can be found at VirginiaCivilWar. Speakers will explore not only the legacy of the battle but also the tremendous opportunities of the sesquicentennial. Scheduled speakers include Governor Robert F.

McDonnell and Edward L. Ayers, president of the University of Richmond and award-winning historian of the American South. After its run at the Virginia Historical Society, the exhibition will travel over the next three years to museums in Roanoke, Abingdon, Lynchburg, Winchester, Quantico, Hampton, and Appomattox.

A museum exhibition housed in a foot tractor-trailer, the Civil War HistoryMobile will make its debut on July 21, in Manassas and then travel throughout Virginia and beyond, drawing audiences to events and activities in the Commonwealth. Developed in partnership with the National Park Service and the Virginia Historical Society, the HistoryMobile will include a battlefront immersion experience and will examine the war on the home front; slavery and freedom; and explore the losses, gains, and legacy of the Civil War.

The Commission and the Library of Virginia are partnering to identify and locate original manuscript material concerning the Civil War and Emancipation, including letters, photographs, diaries, maps, and other Civil War-era materials. Teams of archivists travel the state to scan privately-held manuscript material, documenting it and making it available to researchers for generations to come. While each conference stands on its own, taken as a whole, the series addresses the full spectrum of Civil War history. An "Invading Army" was on the mind of every Virginian, and as the Call went out to the Citizens of Virginia - these very Sons and Grandsons of America's Patriots, who also had once answered the call against a corrupt and overpowering British Government in , became the Backbone of the Armies that Faced the Invading Yankees.


In accepting the Articles of Confederation, Virginia Never Surrendered their right to leave the Union, if she deemed it necessary. Everyone would know of someone who would be either wounded or lost in battle. Lee, Pickett, A. Bobby Edwards more than 8 years ago. As a Pennsylvanian with ancestral roots in Virginia, I deplore what I have seen over the last few decades. I remember the centennial celebrations as a young boy. It was great. It stimulated my desire to know Civil War history over my entire lifetime.

I have been to every major battlefield of that great conflict. I have noted the sacrifices from both sides. What turns my gut, is the revisionist history and political correctness perpetrated ever since.

Both sides had what they believed to be valid points to defend, one side believed in Union indissoluble, the other felt they were being invaded, especially Virginia. This was a complex time with many complex issues. Some issues were left unresolved by the Continental Congress. I have seen time and time again at battlefield displays, on Television series and in books, the touting that "Slavery" was the chief cause of the War. It was not. It was one of many causes. History is History. I have seen the Confederate Battle Flag misused by certain groups, but those groups also misused the American Flag during their activities, why not condemn the misuse of both flags.

You dishonor your ancestors. Virginia had a major role in the formation of the United States. Her sons wrote the founding documents. She understood the value of freedom, liberty and justice.

She was not perfect but she was moving in the correct direction. She left the Union for honorable reasons, to defend herself from the government. It is time for Virginia and the South to be proud of their heritage and their ancestors.

National Endowment for the Humanities (NEH)

Celebrate Virginia. The question of slavery was paid for by the blood of both sides, honor that sacrifice as well. Keep truth alive. Wayne Robinson more than 8 years ago. I hope they will mention the address of Robert Barnwell Rhett which was attached to South Carolina's declaration of causes as well as the significant part of Georgia's declaration of causes detailing the economic exploitation of the Southern states at the hands of the Northern controlled federal government as well as numerous newspaper columns North, South and International explaining the economic causes of the war as well as the Corwin Amendment passed by the Northern congressional delegation with Lincoln's full support as he declared in his first inaugural address instead of just repeating the same old propaganda that it was "all about slavery".

This is particularly the case for a state like Virginia which only seceded after being ordered by the federal government to provide troops with which to invade other states after it had tried for months to work out a compromise. David Evans more than 8 years ago. Well it sure looks like the people of the Southern Hertiage Preservation Group on Facebook have hit this site just like you would expect from the Confederate Taliban! In terms of the events planned by the Commission Looks good!

Corey Meyer more than 8 years ago. Where can we learn about the Corwin Amendment that would allow slavery to be permanent and unrepealable - that President Lincoln openly supported?

US marks 150th anniversary of start of the Civil War

A letter from a Confederate Veteran! William Henry Tatum, Pvt. They launched the attack on Fort Sumter. Mitt Romney launches second bid for the US presidency.

Obama regrets loss of privacy. Obama plans health cuts. Slavery was still legal in the South, which some historians say was the real reason for the divide. President Abraham Lincoln's Emancipation Proclamation in January of declared freedom for all slaves in the Confederacy, and began a transformation that eventually ended slavery and extended civil and political equality to African-Americans, Mr Kilroy added.

Despite the Union victory in , Southern states decades later still used state-sanctioned laws, like poll taxes, to discriminate against black people. It wasn't until the Civil Rights Act that racial discrimination was outlawed, and backed up with threat of federal enforcement. Despite lingering racial issues, new figures from the US Census Bureau show that black Americans are returning to the South, which now has the largest percentage of black people since Between and , huge numbers of African Americans moved to the North or Midwest in search of jobs and to escape segregation.